Since historical times the lands of Doñana have been considered as an excellent area to practice hunting, activity that lasted from the times of King Alfonso the tenth, El Sabio, until the beginning of the 20th century, having been practiced by the Dukes of Medina Sidonia, Lords of Sanlúcar and numerous Kings.

The relationship between Sanlúcar and Doñana has always been very close because traditionally the natural resources of the reserve have been used by some sectors of the population, such as the use of the marshlands for the salt extraction, the preparation of charcoal, gathering pine nuts or preserving and guarding the reserve.

In 1969 the Ministry of Agriculture created the National Park of Doñana to protect the biological reserve. Nowadays it is declared by the UNESCO as a Biosphere Reserve. This Park covers the surface of 50.720 hectares.

The biological importance of Doñana is huge due to having a large active dune system and also due to having the marshlands, one of the largest wetlands in Spain, being located in the migratory path of the birds between Africa and Europe, providing a place to rest and nest.

The grand variety of ecosystems conceives this area a huge faunal interest for Europe. Amongst the most representative species we can find the Iberian Lynx, the Imperial Eagle, the Red Kite and the booted eagle, along with many waders and ducks.

Their are also many Natural Parks in the Doñana Environment. In the city of Sanlúcar you can find the Natural Park of Algaida, with free access and a very similar scenery as the Doñana pine forest. 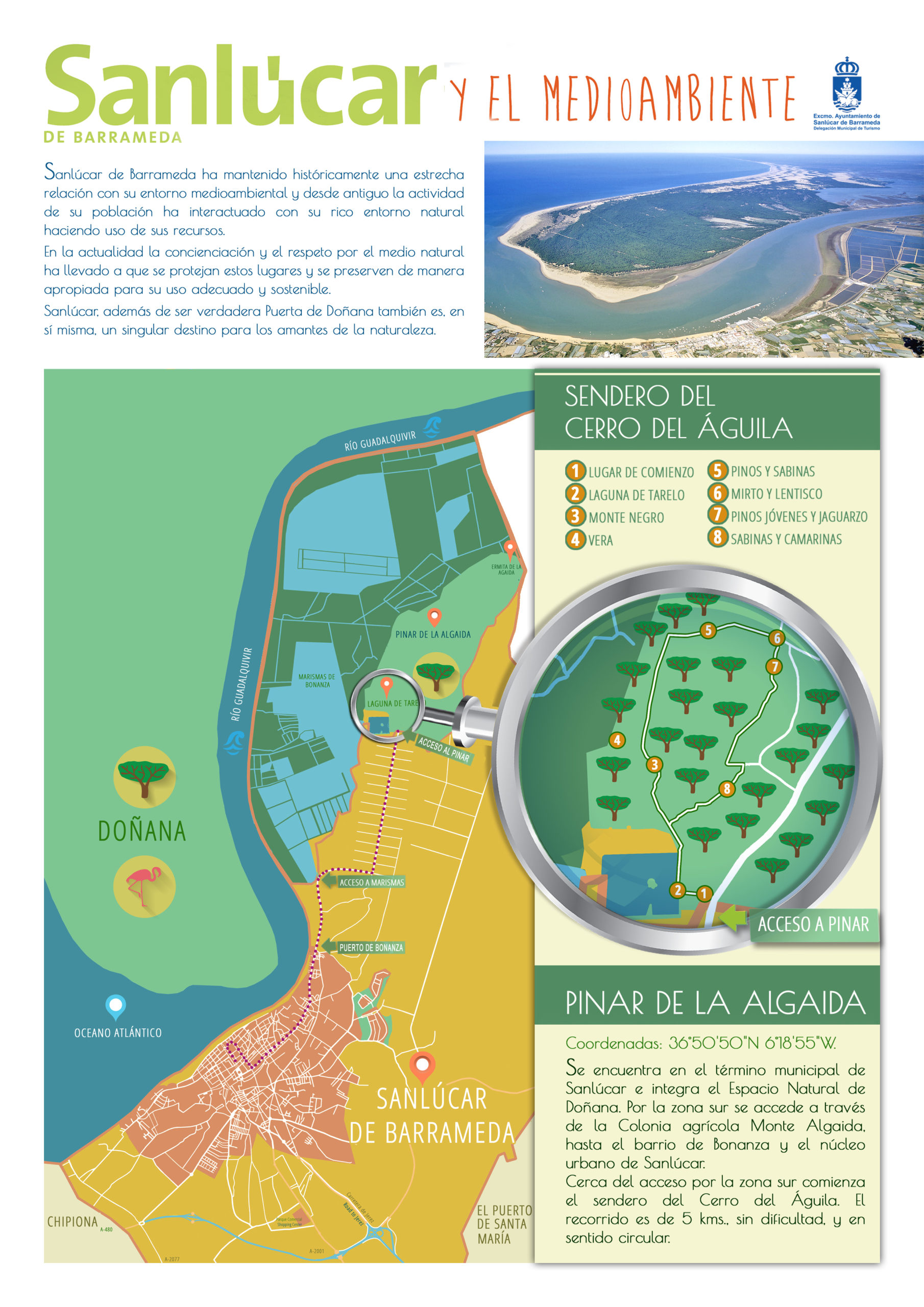