Sanlúcar de Barrameda´s strategical situation, on the commercial route that connected the port of Seville with the American continent, crucially influenced the cities development. Due to the importance of the commercial and trading harbor of Sanlúcar, the city became the residence for merchants and a point of origen of many religious orders that travelled to evangelize the New World, building unique palaces and convents in our city. 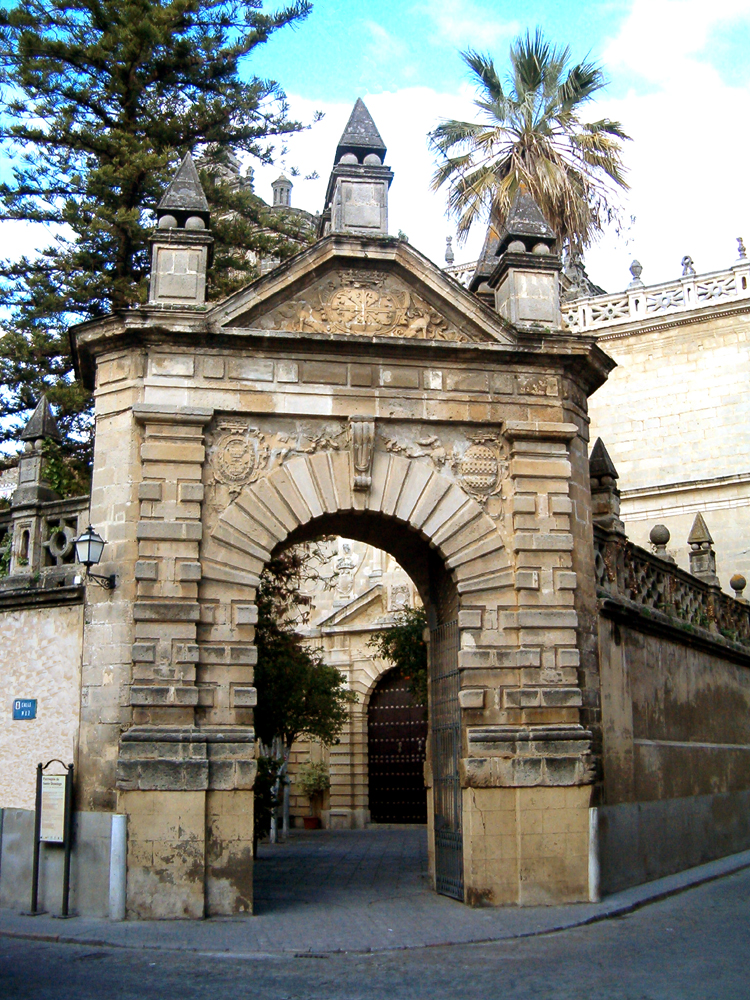 We will start the Route at the Santa Ángela de la Cruz Square.

17th Century. The Franciscans Order was based here. Nowadays it is “La Salle” Saint Francis School . In the church, Classicist-Baroque style, you can find the headquarters for the Brotherhoods of the Santo Entierro and of the Silencio.

17th Century. Headquarters for the Brotherhood of Jesús de la Expiración (17th century) and Our Lady of Esperanza (Hope)

You can see the former Houses of the Merchants of the Americas here.

16th Century. One of the most noteworthy monuments in Sanlúcar. It is made completely of ashlars stone. The area under the choir loft has an outstanding carving. The tombs of the Counts of Niebla and the sculpture of the Virgen of Rosario known as “La Galeona” are also remarkable in this building.

Nowadays it is one of the main streets in Sanlúcar. It was formerly known as Ancha de los Mesones (taverns) due to being very numerous in the area.

Built in the 15th Century and founded by Alonso Fernández de Lugo, conqueror of the island of La Palma. The tombstone (15th century) and the coffered ceiling of the prebystery are a noteworthy view, where you can appreciate the powerful influence of América in the coffering.

The façade of the bodega (winery) and the Palace of Orleáns-Borbón are spectacular. They are from the 19th Century.

I.- Nuestra Señora del Carmen (Our Lady of Carmen) Parish.

The façade of the former Palace of Los Moreda (17th century) stands out.

18th Century. An outstanding example a house of the Merchants of the Americas. It has a lookout tower.

End of the Route