A TOUR THROUGH OUR HISTORY 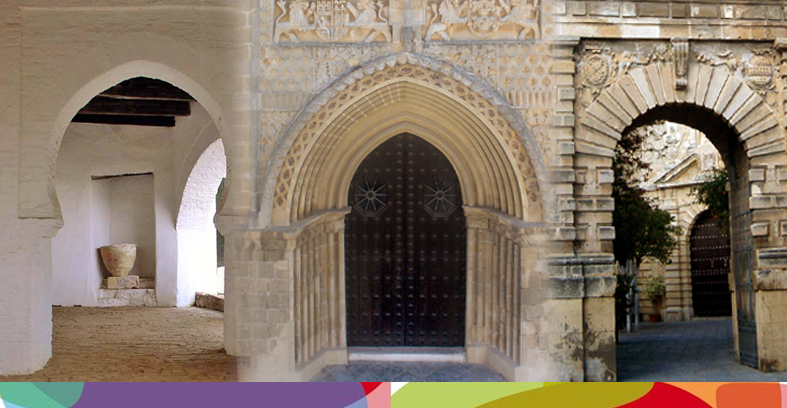 The strategic location, in the natural harbor that the mouth of the Guadalquivir River creates,  has drawn since ancient times merchants carried on trades with villages in our geographical environment,

The origin of Sanlúcars first settlement was encouraged by the construction of the phoenician temple dedicated to Astarte, phoenician goddess of love and fertility. Remains of this temple have been found at the dune complex called La Algaida, now known as the Natural Park of Doñana.

Already in ancient times there was knowledge of a muslim fortress known as the “Castle of the Seven Towers” that defended the mouth of the Guadalquivir River. Guzman el Bueno took possession if the fortress and the villa in 1927 as a grant from King Sancho the fourth due to his services during the Reconquest (La Reconquista). From that moment and until 1640, the Guzmans where the retained the lordship of the villa, their descendants becoming Dukes of Medina Sidonia.

After discovering the New World, Sanlucar became a very important harbor, where Christopher Columbus sailed for his third trip and Magellan sailed for the first voyage around the world. It entered its historical economic boom thanks to the stimulation of its trades between the Americas and the Seville Harbor, favoured by the Dukes of Medina Sidonia.

During the first half of the 17th century, the Dukes of Medina Sidonia lost their lordship of the city and Sanlucar became part of the Crown, initiating a long economic decline that became worse when the House of Trade was transferred to Cádiz, being excluded from the America Trade Route, persisting this decline until the 19th century when Godoy favoured the city, becoming the capital of the province that went form the Atlantic Coast, from Ayamonte to Rota, and to the inland until the city of Lebrija.

The arrival of the Dukes of Montpensier wa one of the milestones that represented the cities splendor in the 19th century. Having established the Court in Seville, they decided to live in Sanlúcar de Barrameda during the summer season, building a beautiful romanesque palace. Thus began, once again, the flourishment of the social life in the city, erecting beautiful summer homes and organizing each year an entertaining festive period that closed the season with the Horse Races at the Beach, event that lasts until today.

The wineries that were developed helped initiate the economic rebirth, thanks to a successful commercial development of wine and liquor making, commercial activities that remain to this day.