This is one of the oldest parts of Sanlúcar. It used to be protected by a wall during medieval times, parts of which you can still observe nowadays.

Following this route, you can explore the earliest part of Sanlúcar. 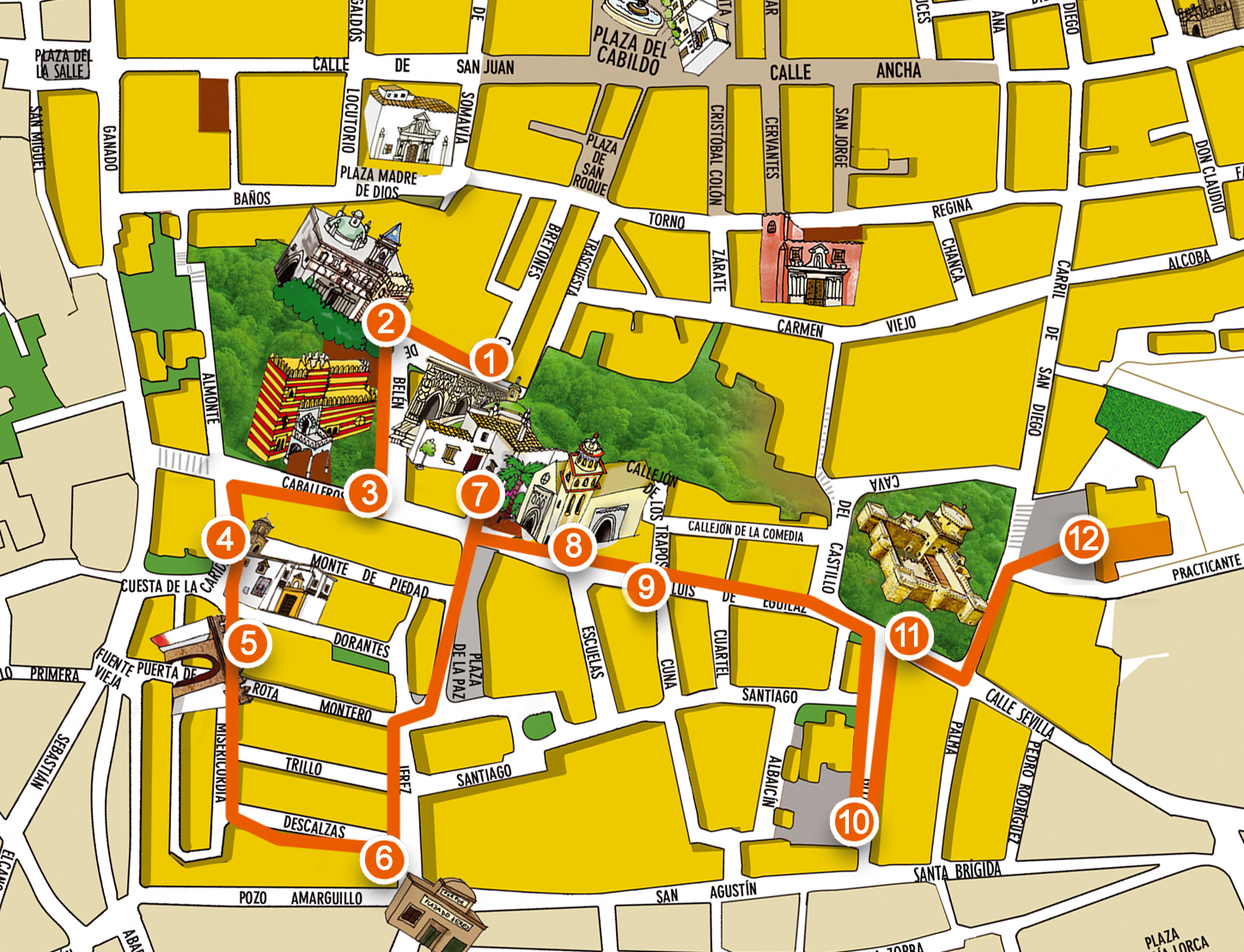 15th Century. Late gothic style. Stone decoration on one of the walls of the Medina Sidonia Ducal Palace.

19th Century. Nowadays it is the City Hall. Neo-Medujar Style. Summer residence of the Dukes of Montpensier.

Lovely street where you can find 17th to 19th century stately homes.

You can find different houses that belonged to the Merchants of the Americas. 18th Century.

17th Century. Mannerist style. Home of the Patroness of Sanlúcar, the Virgen of Caridad (Charity).

Former gateway through the walls of the city of Sanlúcar, built between the 13th and 15th Century

17th Century. Has a very interesting and permanent Religious Arts Exhibit with silverworks, paintings and imageries.

I. Dukes of Medina Sidonia Palace

Example of an 18th century home.

We can observe part of the medieval wall. 13th to 15th century.

15th Century. Sanlúcars´ defensive fortress where you can see the Homenaje (Tribute) Tower.

Located in the Barbadillo Bodegas (Wineries). This exhibit explains the aging process of the Manzanilla Wine.