The greatest commercial prosperity in Sanlucar coincided with of the the most important artistical movements in Andalusia, the Baroque. The churches and palaces can be found throughout most of the urban area of Sanlúcar. We suggest the following route. 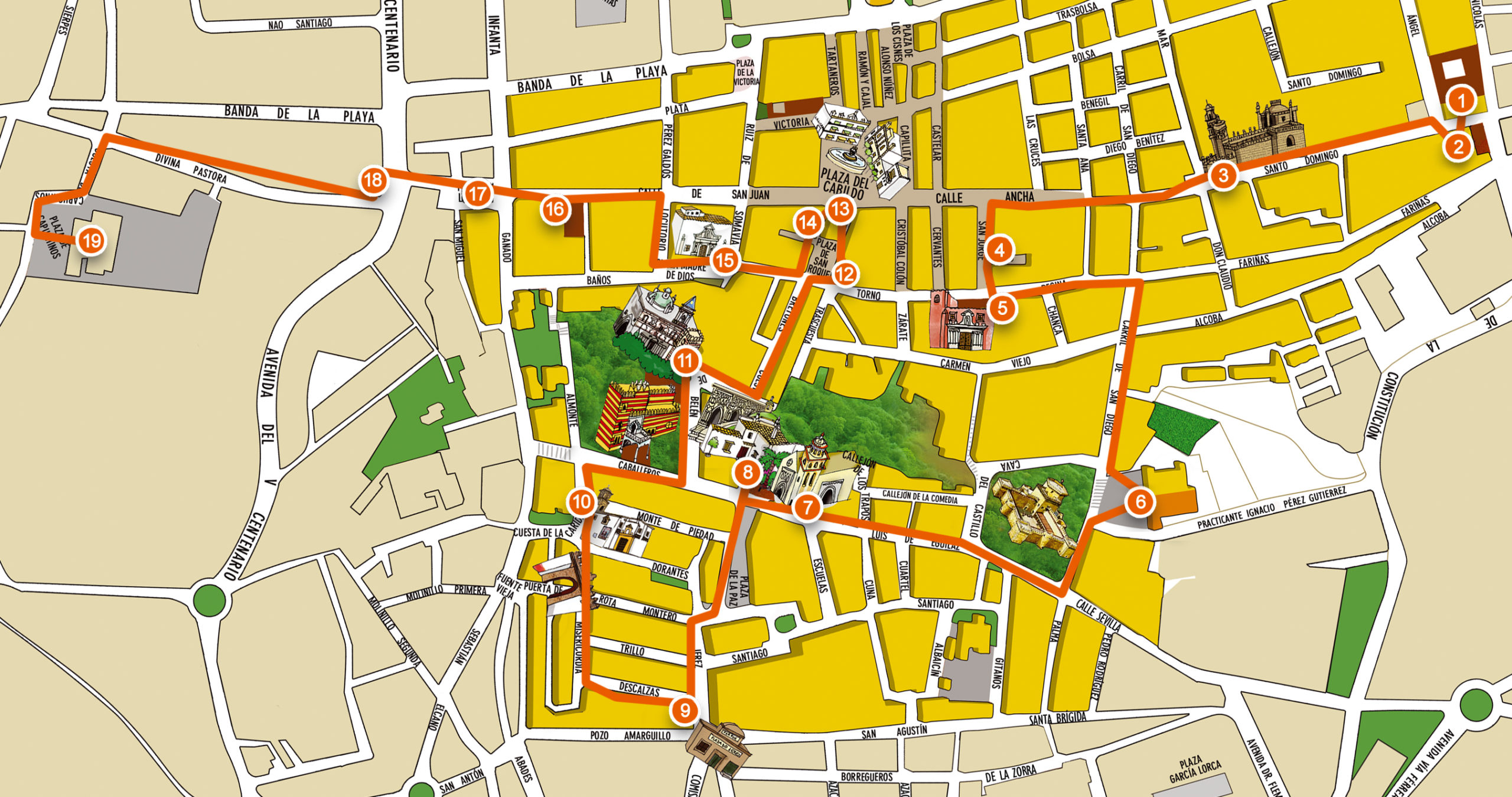 We will start at Santa Ángela de la Cruz Square.

18th Century. Features the image of Christ of the Expiración.

Former Houses of the Merchants of the Americas can be found here.

16th Century. One of the most noteworthy monuments in Sanlúcar. It is made completely of stone. The area under the choir loft has an outstanding carving. The tombs of the Counts of Niebla and the sculpture of the Virgen of Rosario known as “La Galeona” are also remarkable in this building.

We will go back through Regina Street towards the San Diego Lane.

You can observe several 17th Century stately homes along this street.

It is the heart of the city.

One of the most singular buildings in the urban center. Its façade is made of ashlars stone.

The façade of the old Palace of the Moreda (17th Century) stands out.

An outstanding example a house of the Merchants of the Americas. It has a lookout tower. 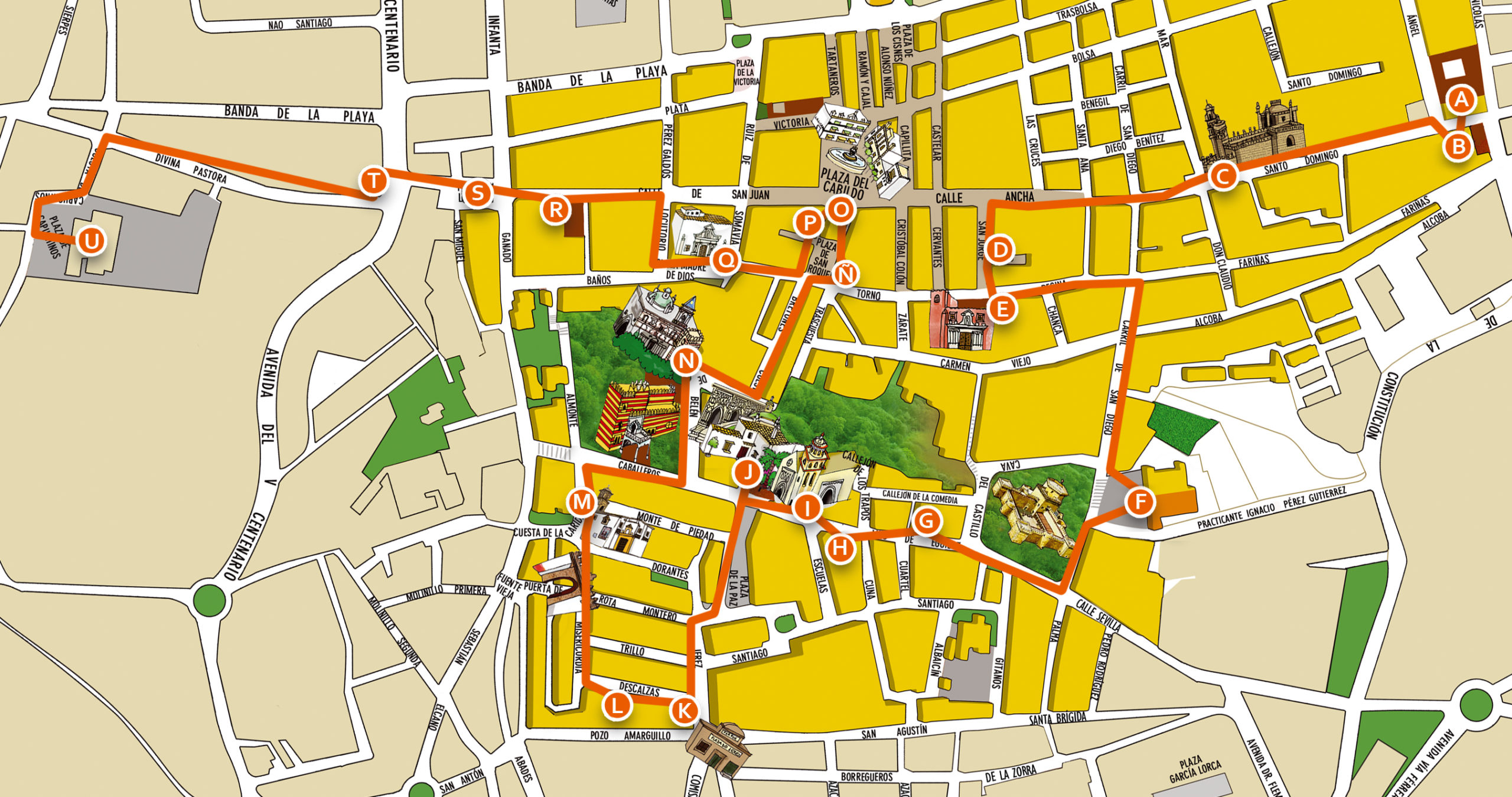